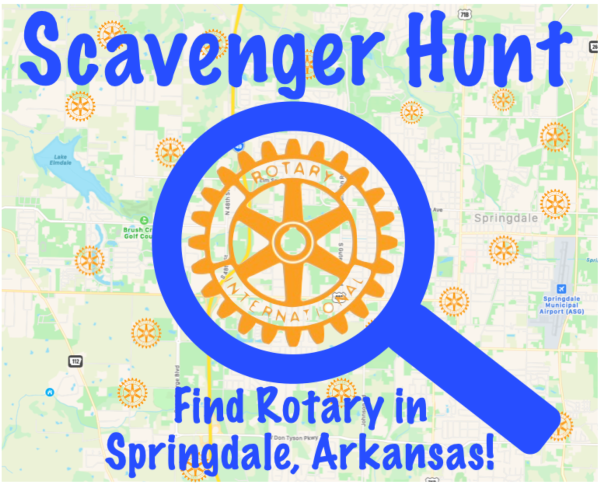 The Rotary Club of Springdale is planning a Scavenger Hunt as a new LOW TOUCH fundraiser to support our many projects in Springdale! The game is being planned for this Summer and will lead participants around Springdale to learn about the many great things in our Community! Check back for more information and a registration link coming soon!Share 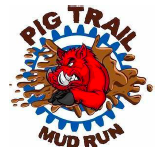 The Pig Trail Mud Run is the signature fundraiser of the Rotary Club of Springdale.  The 5K race with 15 to 20 challenging obstacles is a MUDDY BLAST! The PTMR funds all the Club’s projects, and focuses on teamwork and Rotary's Motto of Service Above Self. 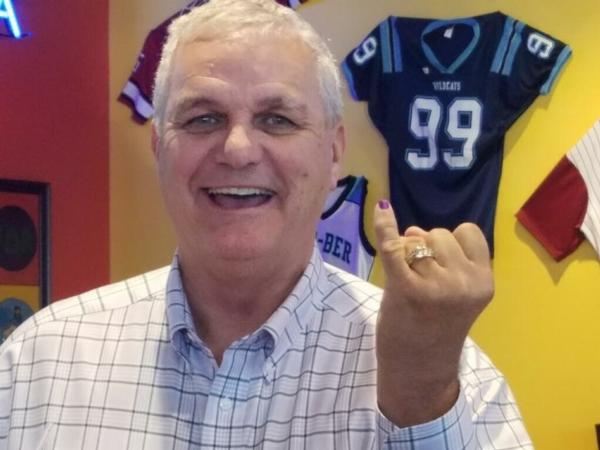 Why are our Pinkies Purple?

So you will ask, and we can tell you that there is this devastating disease called POLIO that has killed and paralyzed hundreds of thousands of people all over the world, mostly children under five. There is NO CURE for polio, but there is a VACCINE, and thanks to a vaccine, the United States saw its last case of polio in 1979. But while the United States was polio-free, children around the world continued to suffer, so in 1985 ROTARY launched its PolioPlus program, the first initiative to tackle global polio eradication through the mass vaccination of children. Since 1988 we have reduced the number of cases 99.9%, and in 2020, the World Health Organization certified the African region wild polio-free!

While this is a huge accomplishment, it is not enough, because unless polio is completely eradicated, it could come roaring back with as many as 200,000 new cases a year within 10 years! No child is safe, because polio is literally only a plane ride away. Around the world Rotary and its partners are working to vaccinate every last child against this devastating illness, and children’s pinkies are often marked in PURPLE to show volunteers that they have received the vaccine.

The Rotary Club of Springdale joins Rotarians all over the world in marking World Polio Day each year. On Tuesday, October 24, 2017, Mayor Doug Sprouse proclaimed World Polio Day in Springdale. Rotarians gathered at Jose's Bar & Grill for an End Polio Purple Margarita Special, and, for every purple margarita sold, Jose's donated $2 to the Rotary Foundation's PolioPlus fund to help rid the world of polio. In 2018, the Club raised money for PolioPlus with the sale of our Polos for Polio. In 2019 and 2020, the Club held a Happy Hour fundraiser at the Odd Soul in Downtown Springdale. The Bill & Melinda Gates Foundation matches every dollar raised 2:1!

WHEN we eradicate polio, it will be only the second human disease eliminated from the world. Come join us and help make history!

Of the things we think, say or do:

The Rotary Club of Springdale, Arkansas invites high school students from the Springdale community to present a speech on the subject of Rotary’s Four-Way Test. Participating students are asked to select a subject and apply the Four-Way Test to their thoughts or decision. The Four-Way Test is one of the key elements of Rotary.