Rotary International is the world’s first service club. We are an organization of business and professional leaders united worldwide to provide humanitarian service, encourage high ethical standards in all vocations, and help build goodwill and peace in the world. The first club was the Rotary Club of Chicago, Illinois, USA. The club was formed February 23, 1905, by lawyer Paul Harris and three friends. The name “Rotary” was derived from the early practice of rotating meetings among the members’ offices.

The Rotary Club of Springdale, Arkansas, USA (Club 2449), is a member of Rotary International. Members have the option of attending either Monday noon or Thursday morning meetings. Our Club was chartered in 1925 and throughout its history has maintained an impressive commitment to camaraderie among its members and service to the community. The Springdale Rotary Charitable Foundation Trust, a 501(c)(3) tax-exempt organization created by the Club, funds many of our projects.

We would love to have you join us in Doing Good in Springdale and Around the World! Contact us by e-mail to visit a Club meeting and learn more!Share

Our History - Highlights From Earlier Years 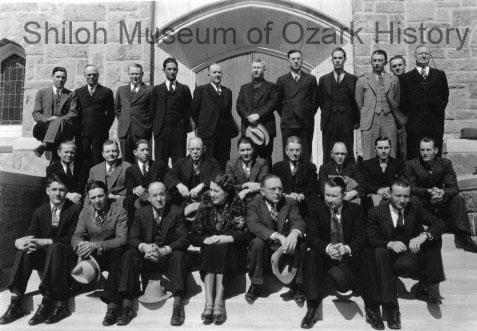 Springdale was originally in International District 15. In 1937, the area was changed to 136; in 1949 to 198; and in 1957 to 611 and is now 6110. It remains the only district in the country that is composed of four states: Northwest Arkansas, Northeast Oklahoma, Southeast Kansas, and Southwest Missouri.

The Springdale Club first met in the basement of the First Presbyterian Church on Spring Street. The Club met later at the Southern Hotel on Holcomb where it stayed until 1936 when it moved back to the same building on Spring Street which in the interim had become City Hall. Meals were served by the women of the First Methodist Church. In December of 1936, the meeting place was again changed to the basement of First Methodist Church.

In the 1930's, the Rotary Club began giving a banquet for senior high students and contineud for many years.

Throuh the years, the Club sponsored a calf club for high school students and an Easter egg hunt for the children.

In 1930, wiht the assistance of the Chamber of Commerce, opened a swimming pool with a capacity of 125.

In 1933, when the high school was forced to charge tuition, the Rotary Club paid the tuition for 15 students.

In 1934, the Club sponsored the first Boy Scout troop.


Five Hundred dollars was raised for the USO.

The Club was supportive of the farming community by honoring a farmer at an annual banquet each year, sponsored a farm implement contest with a first prize of $500, second prize of $250, and third price of $125 to the farmers showing the greatest overall improvement in their farming operation. 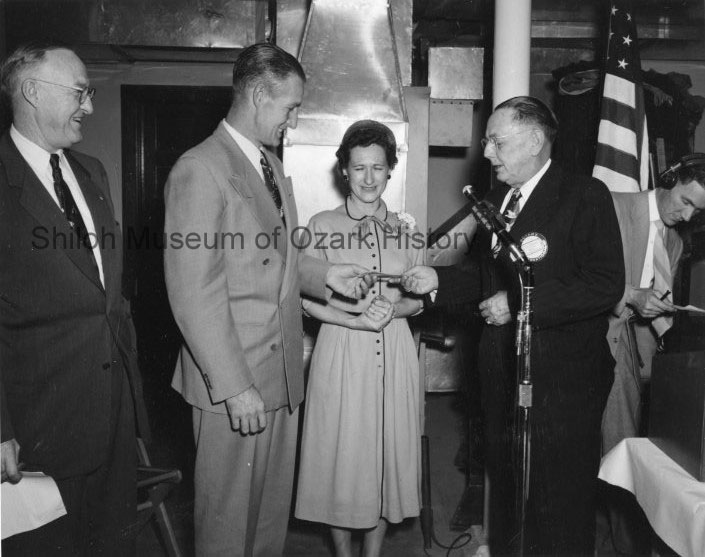 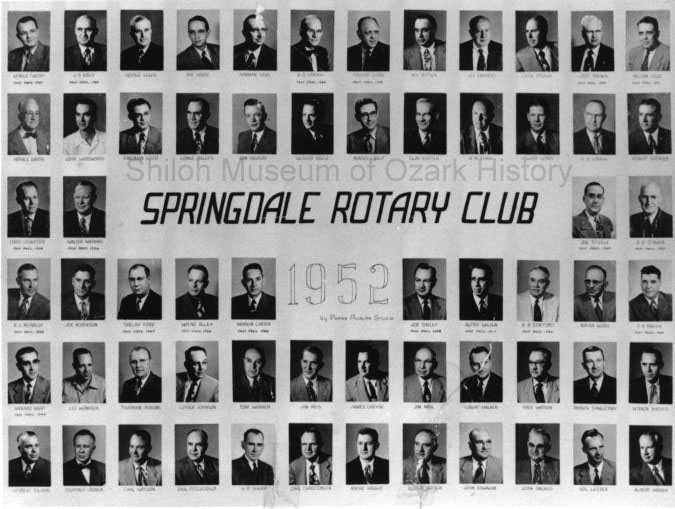 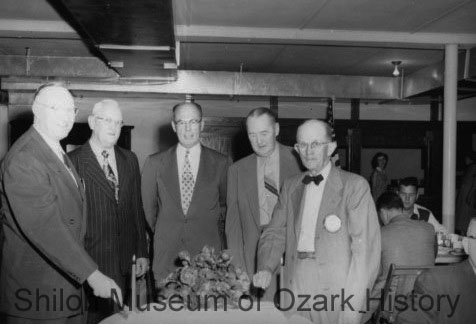 In 1956, chairs and umbrellas were furnished for Murphy Park.

Rotarians have always been active in the Rodeo of the Ozarks. 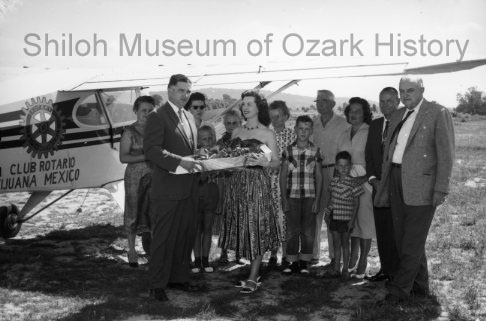 In 1959, the Club gave $100 to the athletic department of the local schools for a trampoline and began giving scholarships to outstanding seniors.

Five Hundred dollars was given for the local press box at the high school athletic field.

In 1962, a flag pole was erectd at the Youth Center in Murphy Park.

The Club supported community organizations such as the Red Cross, Heart Fund, Cancer Fund, and the Bookmobile.

The Club supports Rotary International and over the years has supported numerous international students. 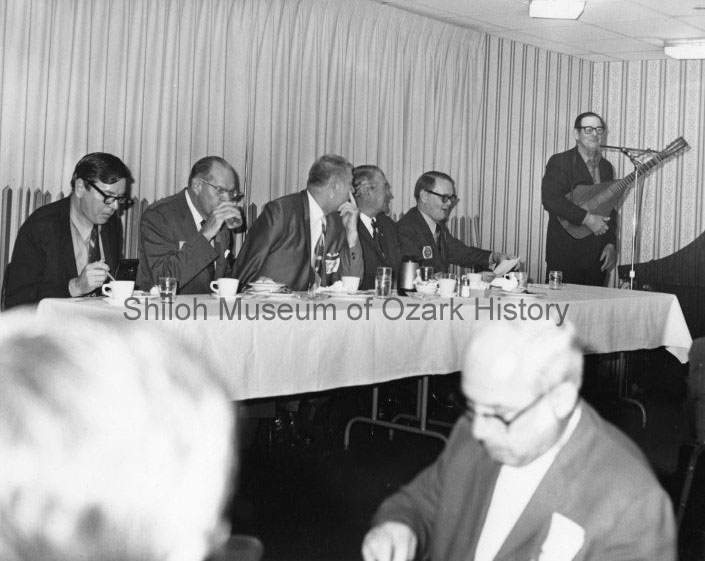